The Paradise Gulf and Camogli

To the east of Genoa, after Nervi, we plunge into the blue of the Paradise Gulf, with its small villages perched in the green of steep promontories. The climate here is particularly mild and offers many sunny days even during the winter, thus favouring early blooming.

Bogliasco has a tiny pier with a stone bridge of roman origins: it is still the typical Ligurian village, with gozzi (typical boats) by the sea.

Pieve Ligure and Sori are the right place to enjoy a sunny day.

In Recco the famous “focaccia col formaggio” (cheese focaccia) is to be tasted and also the troffie with pesto, which made the place the culinary capital of Liguria.

The real gem of the gulf is Camogli, a fishermen village, with typical high pastel coloured houses reflecting themselves into the sea; as in a treasure hunt, look for the shell altars through the alleys of the village.

From the Camogli pier , just like from Rapallo and Santa Margherita, you can reach by boat the charming bay of San Fruttuoso. Here you can visit the Abbey, today run by F.A.I. Fondo Ambiente Italiano (Italian National Trust). The most daring can dive to admire the statue of Christ of the Abyss on the seabed. 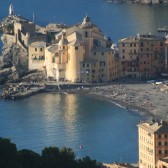 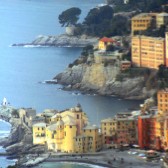 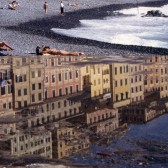 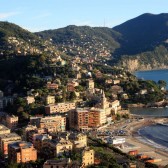 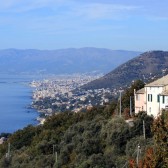 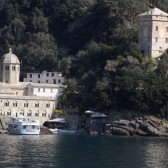 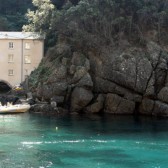 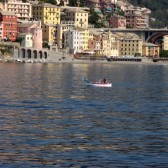